Banging the Drum for Aesthetics 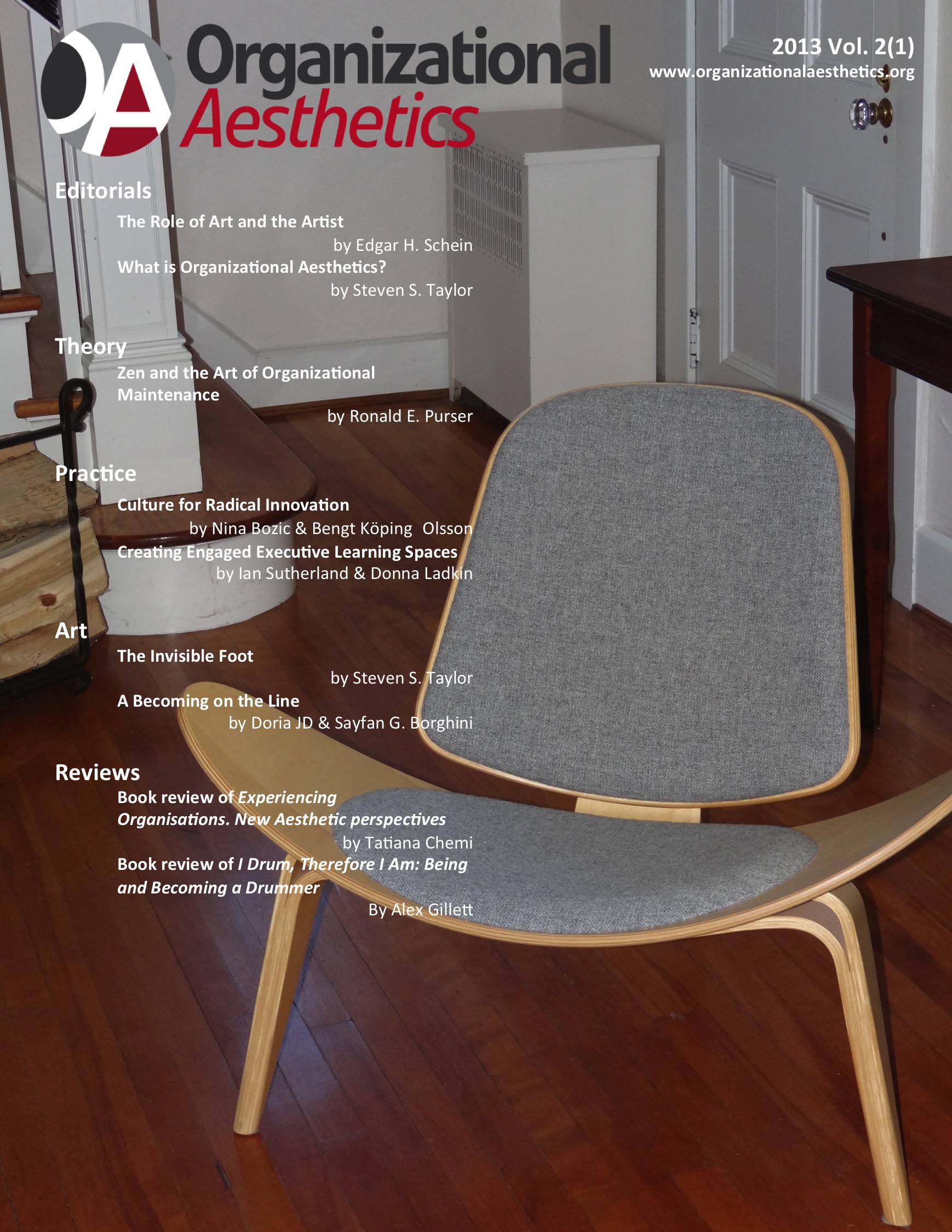 This book reports the findings of an study into the lives of drummers - revealing rich insight about being a drummer, as a career, as a lifestyle choice, and as a principal basis for self-identity. The study tells us things about how being a musician influences - and is influenced by - a person's other "identities", such as "the day-job", as well as the tensions which may arise. Of interest for Organizational Aesthetics, this book illustrates how its subject matter - people who principally identify themselves as drummers - live their lives through their craft and art. Smith identifies two intangible characteristics, "rhythm" and "groove" as having particular influence on the ways in which drummers express themselves and communicate or inter-relate with other musicians, and with their audience.